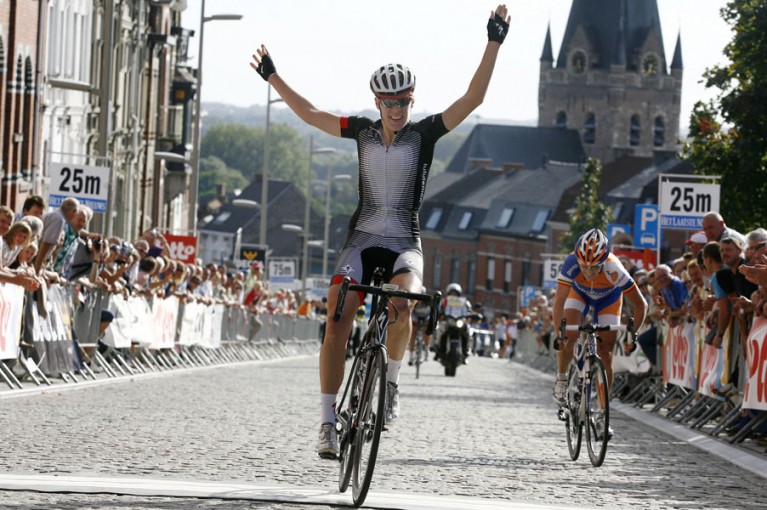 The end of the season is approaching. Usually the world championships in September are the highlight of the season, which means the moral is always building up towards the end of the season. But in this Olympic year it’s a bit different. Because almost everyone in our team did compete at the Olympics we all seem to have an excuse why we might not be in top shape at the moment.

Therefore our Belgium weekend with three days of racing started pretty relaxed. Conversations at the dinner table were more about beach trips and holidays than actual race-related. Ronny also didn’t seem to mind the relaxed atmosphere, although he might have been a bit offended by the fact that he isn’t invited yet for a beach trip.

But as chilled out as we were at the dinner table, we were fired up in the race. Cause once we jump on our Amira’s, the race is on!

Unfortunately there wasn’t enough wind to split the field in the first two stages and they both ended in a bunch sprint. Both days the team did a fantastic leadout, and we could gather a podiumspot twice. Today the course was different and with 4x the famous ‘Muur van Geraardsbergen’ (2x paved site, 2x cobbled site) we knew it wasn’t going to be a bunch sprint. While the first two stages might have been a bit boring, today definitely wasn’t. Chloe who had “such shit legs” was in a 12 rider break from the very start. Maybe her legs were not as bad as she thought, cause when the break was caught in the last 10km of the race, she still managed to follow up attacks from Katie, Emilia and Lisa.

The small bunch that was left had to follow the one lululemon attack after the other. In the end it was Liesbeth de Vocht (Rabobank), Lisa and me who stayed away in a three rider break. Lisa motorpaced us to the finish and after some attacks in the last km we could finish the great teamwork off by taking 1st and 3rd in both the stage and the GC – A nice day of racing. Now we can start focusing on World Championships.